I use my extensive travel experience to help people turn their travel dreams into amazing destinations.

Cuba has become one of the most popular Caribbean islands visited by Americans in years.  Travel to Cuba has been available for many years, but the only way to visit Cuba was via an approved Federal government land tour with a structured people to people or other itinerary.  Today, even with some aspects of travel to Cuba rolled back, you have many options to visit Cuba safely and easily.  There are now nearly 10 different cruise ships that now go to Cuba regularly.  Some will spend the entire cruise circling the Caribbean island, stopping at unique ports of call like Ceinfuegos (100 fires), Santiago del Cuba and Havana.  Other shorter cruises will make a long stop and overnight stay in 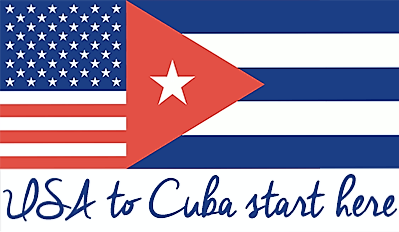 Havana where all the action is at.  It is the land made famous by Ernest Hemingway, who, in fact, still has his house available for tours and viewing, and it is preserved perfectly just the way he left it.  Sitting on top of a low hill, it is surrounded by tropical foliage, and seems to have this unbroken tropical breeze blowing through the modest rooms of the house.  While his home in Key West is bigger and feels more like a 1940’s American home, the Cuban getaway is filled with his memorabilia, furniture, and some belongings that hark back to days gone by.

If you do an Ernst Hemingway tour, typically you will be taken to some of his favorite eating and drinking establishments.  At one restaurant we ate lunch at his favorite table – which is totally roped off.  And you cans see why it was his favorite spot.  It sits in the corner of the back room of the restaurant with views of the sea to the right and left.  While the table is not open to anyone, you are free to take pictures and stare at the space as if Hemingway himself was sitting and watching the tourists have their fun.

So in Havana, you have a huge variety of stores, shops and restaurants that you can check out as long as you are part of a Federal government approved tour. But watch out for the cheap cigars sold at the ports — which are probably many months old and stale.  For the best cigars, shop the cigar shops in the center of town.  Typically the tour guides will know exactly where the best and freshest cigars come from.  They are not cheap — as I had expected — but range in price from $15 USD on up to $100 USD.  Bring your CUC Cuban cash, as they do not take credit cards.

The cruise ships will have a large variety of tours available to you for purchase, or in the case of the luxury lines, tours will be included in your cruise fare.  Viking Ocean Cruises, a newcomer to the island,  has some amazing new ships, and all of the Cuban tours are included and approved for USA citizens.

Other ships may stop at Ceinfuegos, a beautiful spot off the ocean where many of the executives of the pre-Castro regime lived while American corporations dotted the island.  Santiago de Cuba, on the other hand, is the poorer section of the island, a modestly big city with tons of shopping, kiosks for the tourists, and a chance to see how the typical Cuban citizen lives. m It is not uncommon to see apartments with the front of the buildings missing, yet folks still living in them.  It was quite a surprise to see this kind of poverty, yet the people themselves take it all in stride, and seem happy, raising families much like is done all over the world.

If you are on one of the people to people tours that run all day, you will undoubtedly get a chance to have a typical Cuban meal on the front porch of an eating establishment or restaurant set up in a private home.  The food is always fresh, very safe, and offers a wide variety of fish, chicken, beans, rice and other specialties.  It is not Tex Mex and it is not Mexican food.  It is a very unique set of food specialties that may be traced all the way back to Spain, when the early colonists came, mixed with Caribbean fare, with a dab of African fare – dating back to the time when sugar plantations and slaves dotted this island.  Their music and art also has a similar mixture, and seems more African/Caribbean than anything else I have seen.  The dancing was exceptional, and it is said the Cuban government puts lots of its resources into its art and music for any citizen that wishes to partake.

Prior to the 1950’s Cuba was considered to be the Jewel of the Caribbean.  And in the worn architecture that clearly needs a power wash, you can see the detailed facades, with its ornate furnishings, the likes of which is not seen anywhere else in the Caribbean. Building exteriors seem well-preserved and the preservation of some buildings (mostly public ones like their Capitol — modeled after our own capitol) — are underway.  But the interior of these buildings, with its outdated electric and plumbing infrastructure will need decades of work to bring hotels and other establishments up to what Americans expect when they go on vacation.  Bed and Breakfasts, that can be found closer to the beach areas, however, seem to be in better condition, more like the older homes found in our own older USA beach communities. 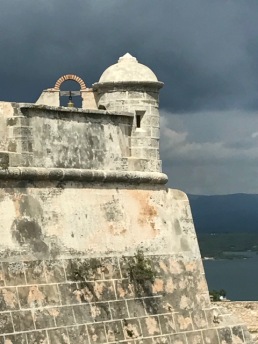 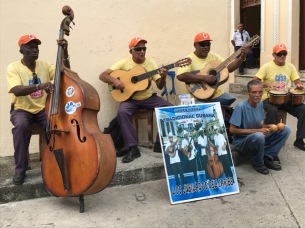 So there is no time like the present to see Cuba and right now it is not only so easy to do so, but the prices remain very affordable.  Sailings to Cuba right now through the end of 2017 are booked solid and many are sold out.  So if you want to go, there is a good chance you must go in late 2018. Viking Ocean Cruises offers one of the best itineraries but prices are higher than other lines.  Oceania Cruises also offers some great itineraries and those cruises are sold out until September 2018.  But ample space can be found on some of the Royal Caribbean, Norwegian Cruise Lines, Carnival, and other contemporary cruise ships that typically park in Havana for 1 to 2 days.

And so if just getting a taste of Cuba in Havana for some shopping, cigars, and Cuban food is your cup of tea, then those cruises are for you, and they are nicely priced.  Let us take you there and recommend a cruise (and land tours are also available, but be prepared for older infrastructure of hotels and rooms that probably does not include air conditioning).  Bus transportation in Cuban is surprisingly modern with well air conditioned buses.  So your trip will be very comfortable.  And the best time to go is in the fall, spring and winter when the climate is more accommodating.  The climate is relatively nice, and the locals are experts at strategically placing a fan or two wherever you may go, to keep you cool.  There is always that amazing breeze off the ocean, since you are never very far from either the Atlantic side or Caribbean Sea side of the island.

Yes — go see Cuba before McDonald’s and other USA entities get there.  It’s an amazing place, locked in history, with artifacts to prove it.  And the friendly people lover Americans and wish more would come their way.  The door to Cuba has been cracked open. And while recent travel pull backs may have slowed progress — there is really no stopping the future of an open Cuba for travel by all Americans at some point in the future. 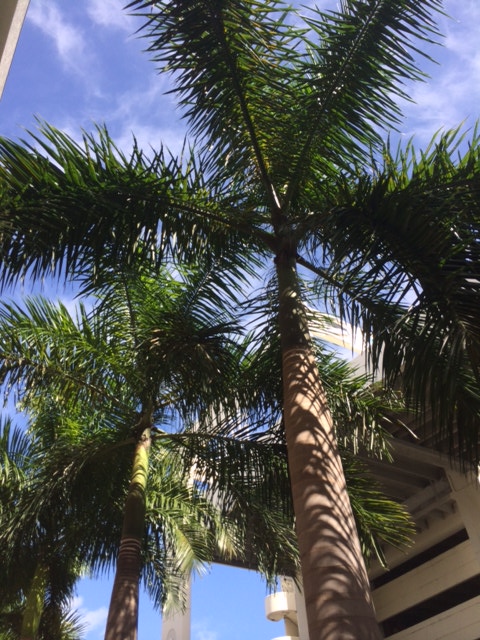